The U.S. Supreme Court on Tuesday ruled 7-2 to further restrict the grounds on which whistle-blower lawsuits can be brought on behalf of the U.S. government. The ruling revolved around a portion of the False Claims Act, which allows ordinary citizens to help the government uncover and fight fraudulent contracts. One portion of the law prohibits whistle-blower suits brought on by information already public “in a congressional, administrative or Government Accounting Office report, hearing, audit or investigation.” 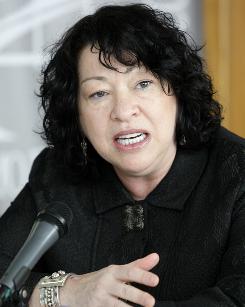 The Department of Justice argued that that stipulation only covered federal reports, not reports at the state or local level, but the Supreme Court disagreed. The majority justices ruled that “administrative” reports covered state and local audits as well as federal audits.  Photo of U.S. Supreme Court Judge, Sonia Sotomayorby Andres Leighton

Contact us or click on the button below to schedule an appointment for a free case review.