The Wall Street Journal is reporting Military investigators are checking computers used by Bradley Manning.  The U.S. Army intelligence analyst, Pfc. Manning,  was charged this month with leaking classified information.  Investigators are looking for the source of the thousands of military documents published Sunday by WikiLeaks. The material released by WikiLeaks relates entirely to the war in Afghanistan, while Pfc. Manning was stationed in Iraq.   Investigators are trying to determine what material he was able access and what material he transferred. 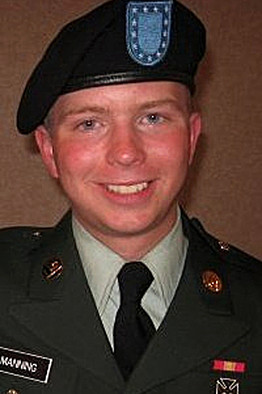 Col. Dave Lapan, a Pentagon spokesman, said investigators are looking broadly to determine where the material was taken from, but acknowledged that Pfc. Manning was a person of interest in the investigation WikiLeaks Sunday published thousands of secret U.S. military documents spanning more than five years.